By Priya Huffman on October 12, 2016 in writing life blog

It seems that we humans are so often caught up in the dilemma of wanting it all, without signing up for the changes and transformations involved in getting it all.

I am talking here of those of us who are privileged enough to have our basic needs covered, as in food, shelter, clothing and enough security so that the next meal, or the physical safety of our loved ones is not an issue. This refers to huge swaths of the Western world.

We are all about the second order of business; the quest for meaning, for satisfying relationships, for work that feels useful and for us to feel like we are making a difference in whatever way has high value. Whether it is a growing garden, bank account or saving the planet or purposely ignoring it’s perilous state to extract more resources. We want a good life, a useful life, a meaningful life. We want satisfying relationships, a sense of comfort, beauty, security, productivity, health, we want a lot, we want it all.

I may indeed be projecting here, however I am not alone, in our post WWII culture, we have experienced an uptick in expectations about what we think is our just due. Yet, each one of these desires comes with a price tag of what we are willing to do or not do in order to have the object of our yearnings fulfilled.

In alchemical Jungian work, there is a concept that is rather unknown and certainly unappreciated in mainstream western cultures. It is the notion of dying, the process of dying. and is referred to as the Mortificatio process, which does not lead to physical death as such, but rather to the death of certain aspects of self identity or aspects of habit that no longer serve the whole Self.

While in such a process, it may indeed feel as if you are dying. There is a strong sense of loss, of feeling lost, unmoored and disoriented in unfamiliar waters without a rudder or anchor. Most of us have certainly known such states and chapters in our life, if we have lived past puberty. This process is one activated by life’s inadvertent contingencies and also by consciously delving into our patterns of belief and dismantling our self-delusions about who we are, and who we are not. It can also be triggered if we follow the alluring and sometimes confusing path of own deepest desires.

I also appreciate that it takes refinement and atunement to differentiate true desire from passing fancy or the momentary whims of appetite. That learning remains an ongoing edge of discovery throughout our lifetime. It is not a one shot lesson, since if we are not able to differentiate the essential from the peripheral, we are indeed fodder for the consumer culture that would have us believe that the latest thing is the very thing that will fill the gap within ourselves.

How then are we to learn what really quenches the heart’s thirst and yearning? We often stumble en route to discernment between those desires that merely fulfill momentary wants, from those that genuinely contribute to one’s central well being.

I have watched so many friends and clients stand at the cliff edge of their own limitations, facing the chance to die to some unworkable aspect of their workable selves. Wanting with their whole being to push out further than the constrains they had constructed for themselves. There is a great trembling that arises. A deep and undeniable knowing that something has to change, to die, for something new, to live.

Like the woman who yearns and loves the beauty and peace of clean counters in her home, in her closet but can’t bear the thought of getting rid of anything, so she carts every thing from each home, the clutter of a lifetime. The work she would need to do to confront the fears underlying her terror of letting go of stuff, is more than she is willing to do, so she is remains in dis-ease.

And the one who yearns for a deep fulfilling relationship but doesn’t wish to examine her own deeper intimacy issues, or see herself as part of the obstacle, or the CEO who kept hiring the ‘wrong’ managers but refused to see his own part in the failure cycle.

Then there is the story of the young woman who wanted more than anything a deep lasting relationship and trembled within her skin for months as she explored ways in which as a young girl she had learned to sexualize her relationship with her father in order to get part of her intimacy needs met. That courageous confront eventually led her to the altar with her true love. There are so many stories of that ilk, too many to cite, but we all know them from our own lives, and in others.

The things we really desire are usually the things that will make us confront the constraints of our conditioning, beliefs, and force us to die to limiting parts of ourselves. They will bring us face to face with the edge of our comfort in order for us to grow out, up, or simply admit that the stretch is further than we have the will or elastic to go.

This was true for a dear friend who had felt the sad limitations of her marriage and finally allowed herself to want ‘out’. She soul searched, worked the edges of all her terrors and realized she did not have the internal resources to leave that long marriage, instead she consciously choose to stay. That same man who had been so bothersome to her as a husband, morphed over the years into her best and truest friend, by virtue of allowing herself to work the margins of her desire to leave the marriage.

Recently, when promoting my second book, I realized after a mere few months, that what was required to launch this book, beyond the circle of my known friends, acquaintances’, colleagues, was more that I had to give. I just did not have the will, the energy or the desire to do what would have to be done. There were feelings of sadness and disappointment accompanying that acknowledgement, as well as relief and release.

The notion that it’s our desires that are evils to be eradicated for us to become our better selves, is one that just doesn’t make any body or soul sense to me, it spite of this being a popular tenet practiced by so many diverse religious and spiritual disciplines. Quite the contrary, desire seems to be a guiding force in the personal transformational/ alignment process.

Wouldn’t it be grand if instead of demonizing our human wants, we learnt to trust that our desires and our yearnings are our very best friends. They are the fruit that if plucked will bring us knowledge and self discovery and at the very least, we will be stretched by the unfolding of the process itself, if we just dare follow the yellow brick road of desire. 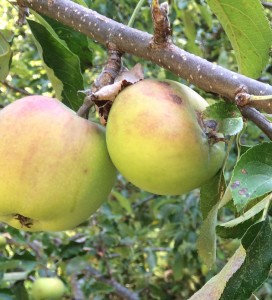